In 1953, Sir Clough Williams-Ellis asked his daughter Susan and her husband Euan to take over the running of the gift shop in Portmeirion Village, North Wales. In 1958 Susan decided to start commissioning her own items to sell, such as her Sunderland-style lustre ware souvenirs. These included tea caddies, pin dishes, jugs, lidded jars, trinket trays and a small amount of bowls, teapots and cups and saucers. Most of the pieces bear the yellow Gray's backstamp, but once Susan bought the company they can be found with Portmeirion Ware back stamps. The items were initially decorated with black and white engravings of Welsh ladies and Welsh scenes and then ships and a nautical compass. Susan also designed a collection of beautiful shells and fish which she personally hand drew. Susan also started selling them in her new shop in Pont Street, London, which she shared with her cousin. The Sunderland-style, splattered, lustre glaze was produced by brushing purple or pink glaze onto an item and then flicking turpentine on the drying glaze to create the splattered effect. The items were then covered in a gold lustre glaze, creating a fabulously soft gold/coppery lustre. This dirty and messy technique produced random and unique patterns on every piece of pottery and are very sought after and eagerly collected. The extreme rarity of Susan's beautiful Sunderland-style pieces now command high prices as they feature so early in the history of Portmeirion and there are so few of them around! 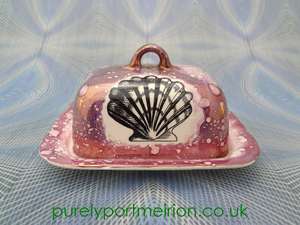 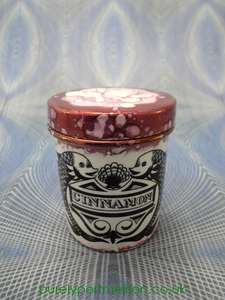 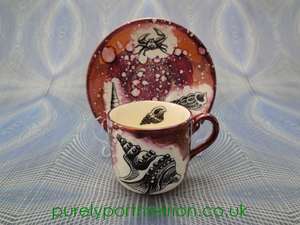 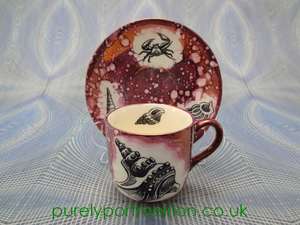 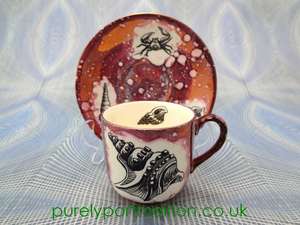 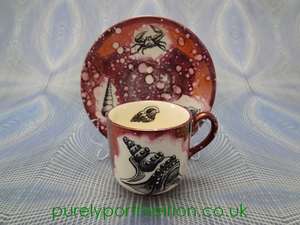 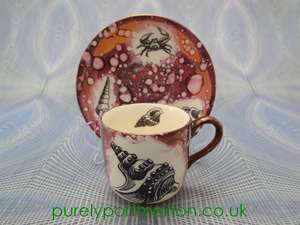 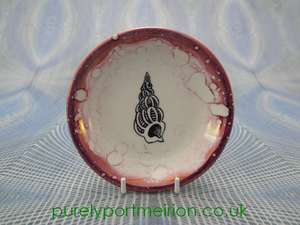 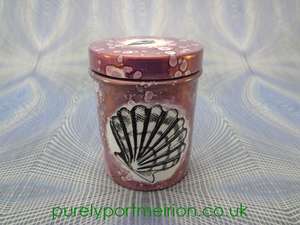 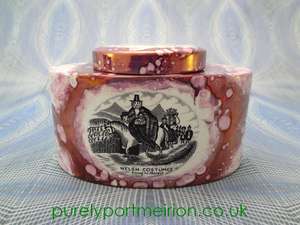 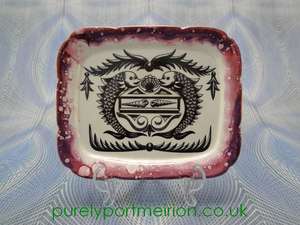 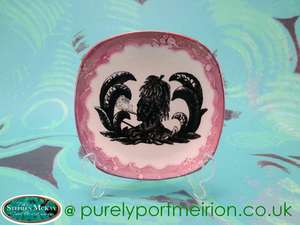