This was a design specifically created for the USA and launched in 1983. Susan conceived the idea from a patchwork quilt she had worked on many years previously combined with American Amish and naive Baltimore quilt designs. Susan's design was formed by cutting out shapes from plain and patterned paper forming all manner of festive motifs with which the pottery was decorated. The whole range was complemented by green swags and red bows which formed the borders. Spirit of Christmas was very well received in the American department stores. The design was sold to Sweden in 1984 and then withdrawn making any examples found for sale prized items indeed. 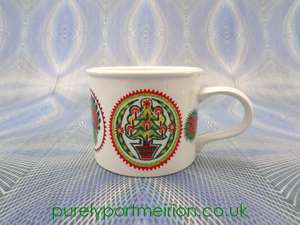 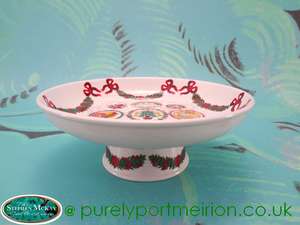 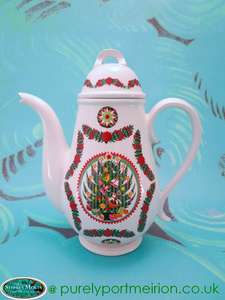 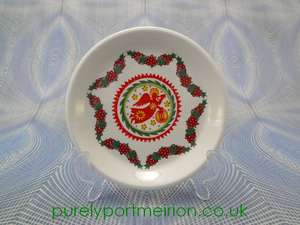