A selection of the very popular Pomona range of Portmeirion pottery designed  by Susan Williams-Ellis.

In the 1980's, Susan Williams-Ellis decided that a new shape of pottery was needed to add to the existing ranges, and something that was a little more curvier than the cylindrical forms that she had been using since the 1960's. Her inspiration for this new shape came from a visit to an Ibizan museum, laying eyes on a second century Carthaginian cup and combining this with a poppy seed head. After working her magic, the Romantic shape was born. Having been collecting old colour illustrations of fruit for several years as a possible follow-on design from Botanic Garden, Susan decided fruit would be perfect for this new Romantic shape. In 1982 Pomona, (so named as Pomona was the Goddess of Fruit), was launched to great acclaim and for many years was second only to the best selling Botanic Garden pattern. The range of beautifully illustrated fruit depicted includes apples, plums, cherries, grapes, apricots, gooseberries and redcurrants. 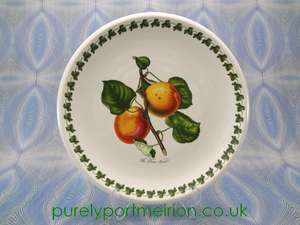 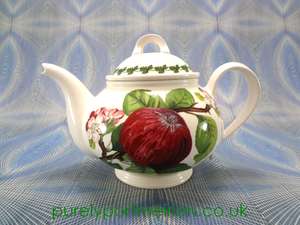 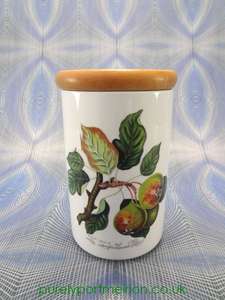 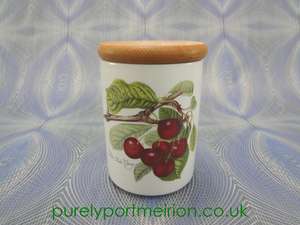 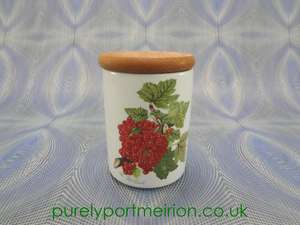 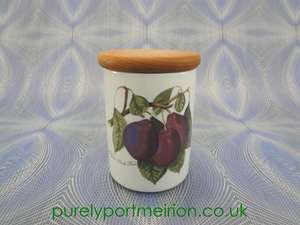 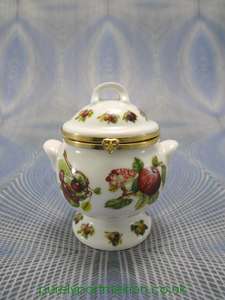 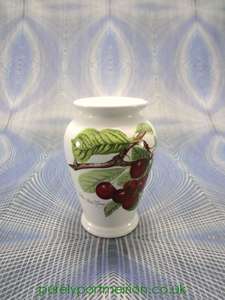 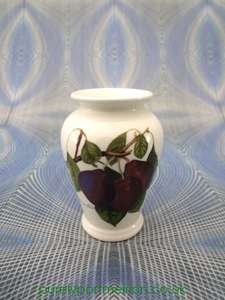 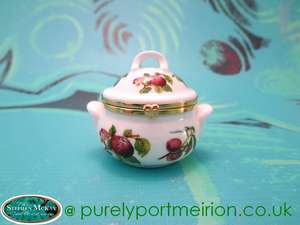 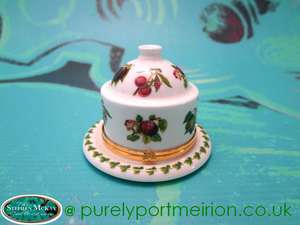 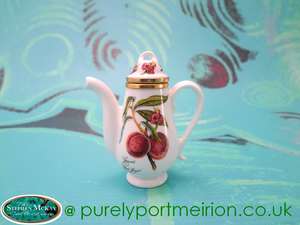 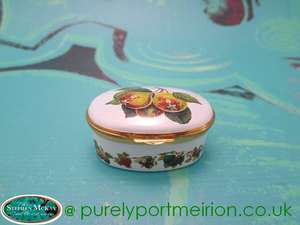 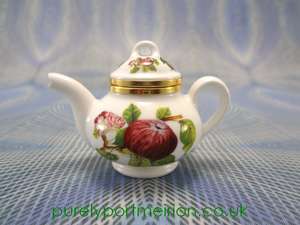 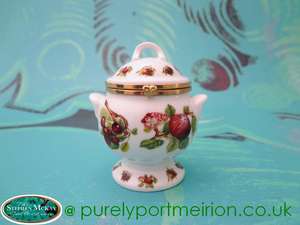 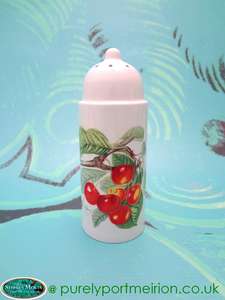 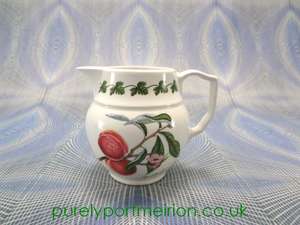 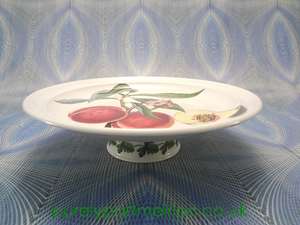 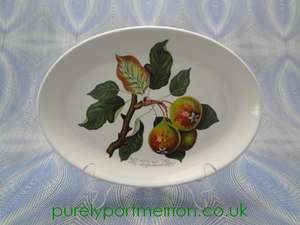 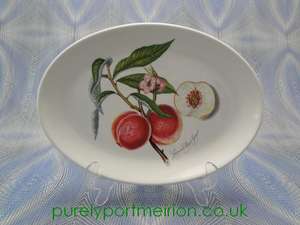 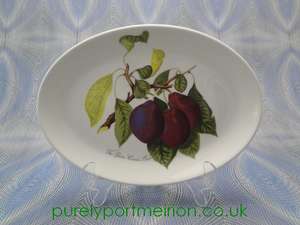 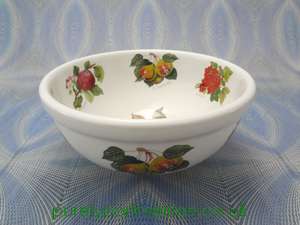 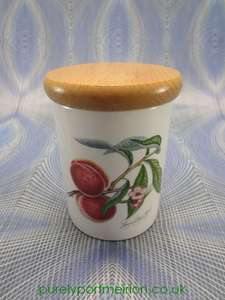 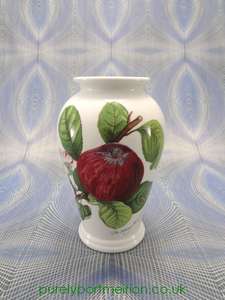 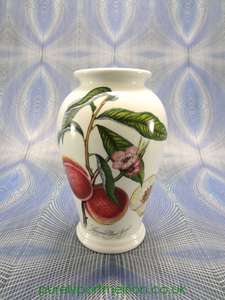 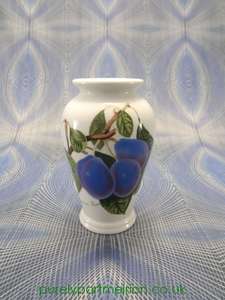 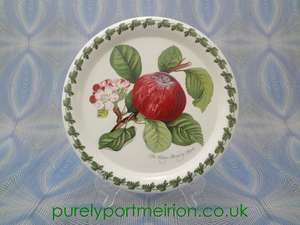 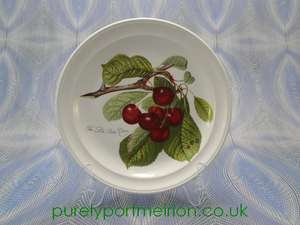