Produced from 1964 Cypher was designed for the new serif shape of pottery. The design was named Cypher as the pattern ressembled undeciphered inscriptions. Production of this range continued until 1973. Cypher was produced in green (called mustard in the brochures), brown,  pewter blue and white. The most common colour seems to be mustard.
Very collectable and beautiful design. 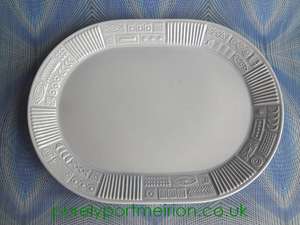 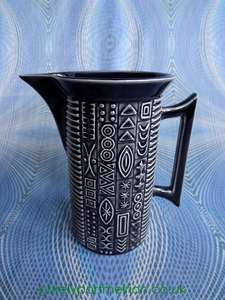 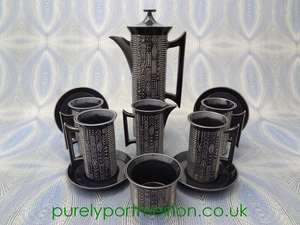 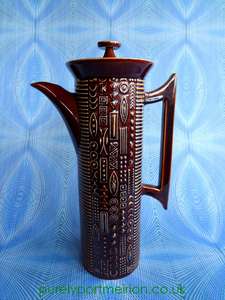