Evolved as a cheaper spin-off from the Gold Diamond range designed in 1961. The Black Diamond design was designed by Susan Williams-Ellis and produced in black and white as a graphic transfer pattern in 1963 as the hand painted Gold Diamond range was very costly, with both labour and metallic lustre's. By designing a black and white version Susan hoped to increase manufacturing and selling costs, thus making it more affordable. This decision more than worked, giving the Gray's factory that Susan now owned, more orders than it could cope with. Both designs can be found with three styles of handle and early Gold Diamond coffee cans were produced using bone china blanks. Black Diamond was only worked on coffee ware and a few jug shapes and were unlikely to have been produced on dinnerware. Black Diamond was the first of the Portmeirion graphic patterns and typical of the early 1960's. Unfortunately, the Black Diamond was copied extensively and many poor but close imitations can be seen around and about. Originals are highly collectable in my opinion! 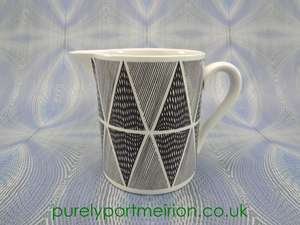 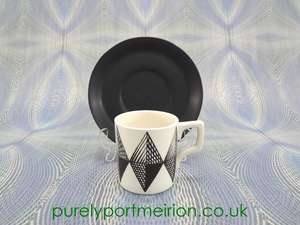 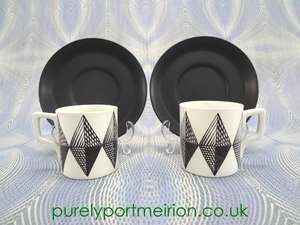 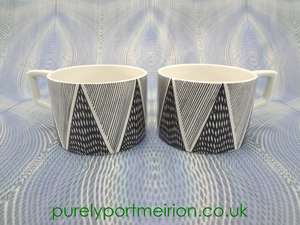 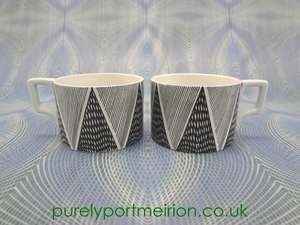