These wonderful lidded Apothecary jars were originally made by the Kirkham's Pottery which was bought by Susan Williams-Ellis and her husband in 1961. Kirkham's held a vast array of antique moulds, some of which had used to make items for Gray's Pottery.
Now under the umbrella name of Portmeirion Pottery, Susan continued to produce the apothecary jars, which are hand turned on a lathe, with her more modern designs. Now re-purposed as kitchen storage jars and bathroom and dressing table ware, they became far more useful, as they still are. The jars often had bright coloured banding, hand applied by talented paintresses, giving them a modern feel. In an inspired move Susan often added bright, real 22ct gold banding on the jars and lids, giving them a distinguished appeal, bringing a touch of decadence to the modern 1960's kitchen. 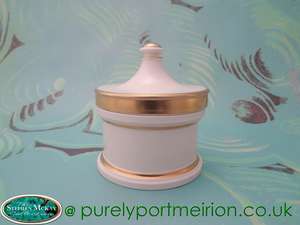 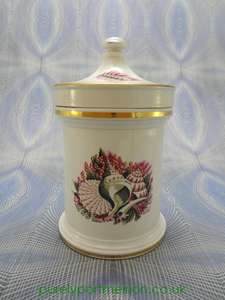 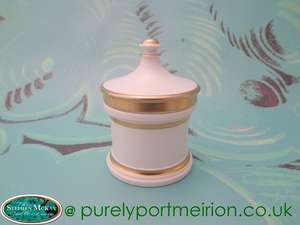 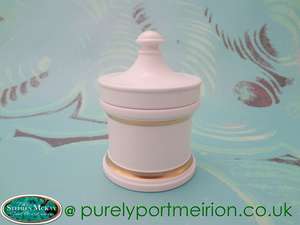