London Prints was a Gray's design that Susan Williams-Ellis liked enough to warrant its continuation in the Portmeirion portfolio after purchasing the company in 1960.
The design originally comprised of a set of three designs which included Temple Bar and St. Paul’s Cathedral and The Tower of London.
The black and white transfers of detailed traditional engravings were used on black and white bodies and some pink, Sunderland-style lustre ware that Portmeirion continued to produce in the early 1960's. The prints work spectacularly well on storage jars and cigarette boxes. Some items were produced with a gilded base behind the image transfer, showing off the wonderful prints to perfection. Items with the London Prints designs were still advertised in 1964 and continued for only a few years after that before discontinuation. They are really smart and minimalist and great as statement pieces. 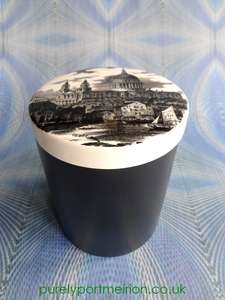 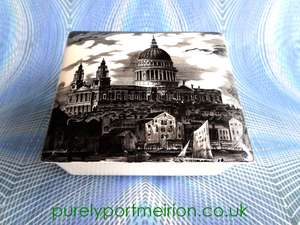 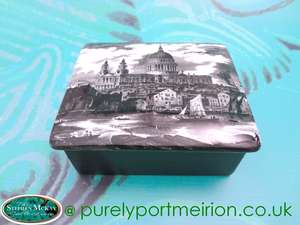 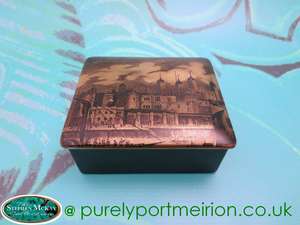 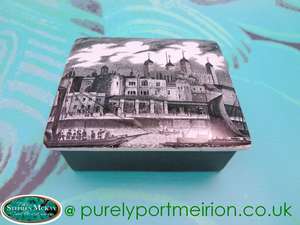 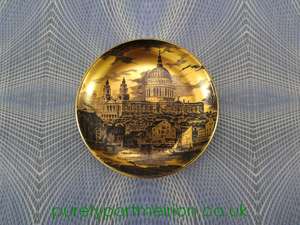 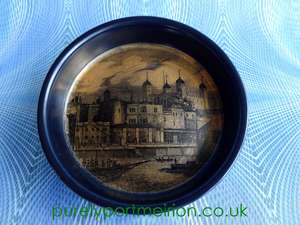 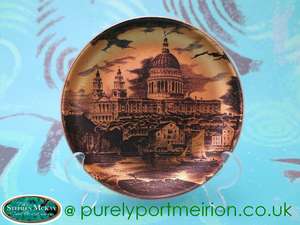 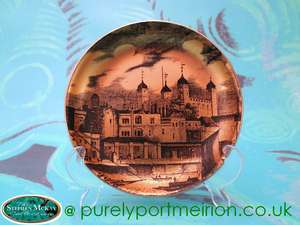 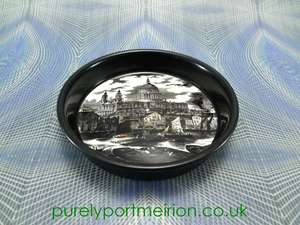 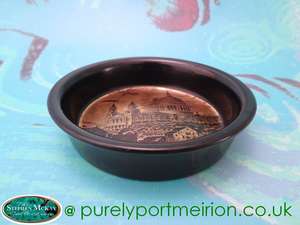 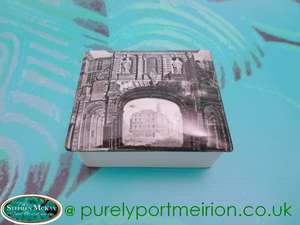