Idols Of The Stage

At the start of a new decade and moving on from her black and white prints, Susan Williams-Ellis decided to produce a range of wares based on sepia photographs from the first part of the century. The images used in Idols of the Stage comprised of actors, both male and female, posing in various costumes, have an ornate, hand drawn border around the images and were printed in sepia on white ware. Produced in the 1970's on the large breakfast cups and saucers, plates, tankards and storage jars, with the coffee sets being rather elusive. The majority of this range got exported to Europe and Scandinavia. Some items can be found with 'Chaumette, Paris' on the back and no Portmeirion backstamp; Chaumette being a French department store. With relatively low production numbers, this range is becoming increasingly desirable for collectors. 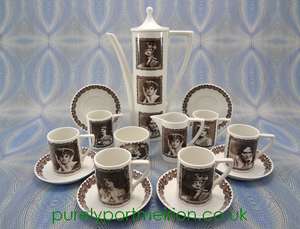 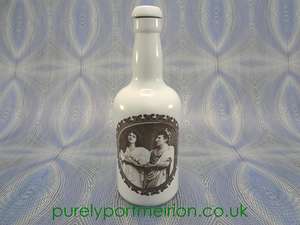 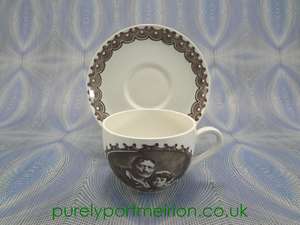 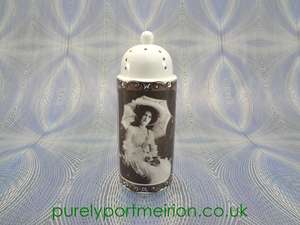 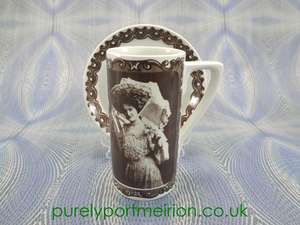 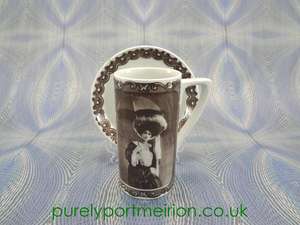 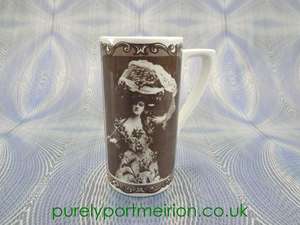 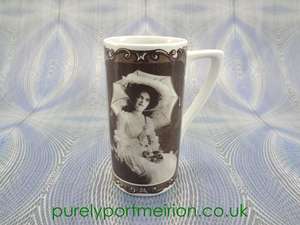