A sumptuous design in black and gold which Susan Williams Ellis designed with a loosely drawn, arty lion in two formats. One small lion facing right and a larger more mature lion facing left. Originally started as trial pieces, Gold Lion was produced in 1962 and successfully continued for about 10 years, although it wasn't produced in large quantities. Early coffee sets had lavishly painted gilding on the lid of the coffee pot, down the length of its long spout and the handle and coffee cups had gold rims. The design was applied to coffee sets, tankards, tea sets etc. In its latter years the extra gilding was dropped and the design was also applied to brown or white matt glazed items. 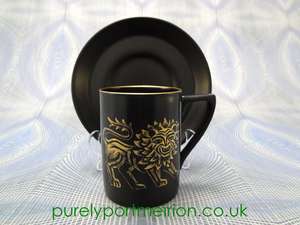 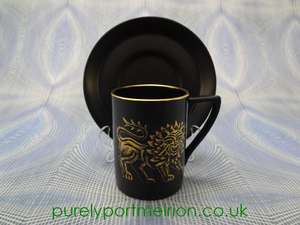 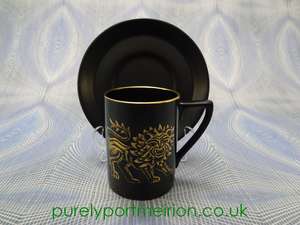 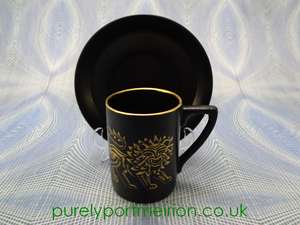 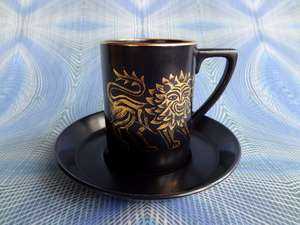 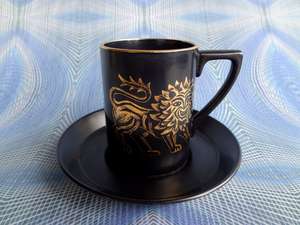 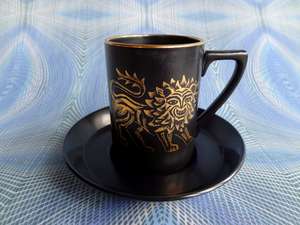 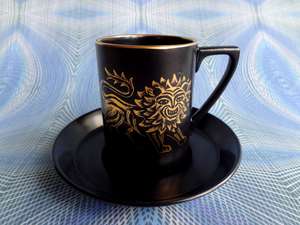 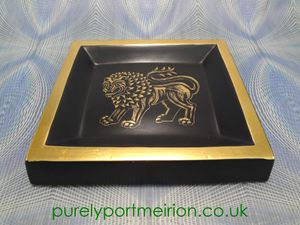 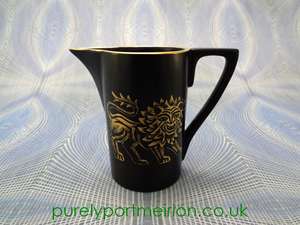 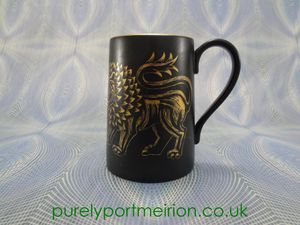 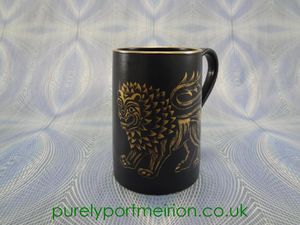