Back in 1961, Susan produced some pieces of pottery just for children. Having loved the illustrations in a book called 'In Fairyland', written by Richard Doyle (nephew of Sir Arthur Conan Doyle) that her grandmother use to read to her, Susan adapted some of them for her new nursery range. The black prints were hand coloured in pale pink, blue and gold and were only made until 1963/4. Boxed sets were available, with the main feature piece being a small plate with an embossed alphabet around the edge. In 1997, Susan wanted to re-kindle her love of these nursery designs with a new young audience and rework the original illustrations from Richard Doyle's book she loved so much. Her new treatment of the illustrations reproduces delightful butterflies and fairy princesses, elves, owls and great snail races, all sensitively re-coloured on to bowls and mugs and other nursery items. Again, the centre piece of the collection is a small round plate with an embossed alphabet around the edge. 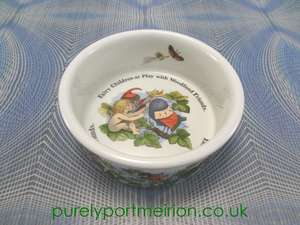 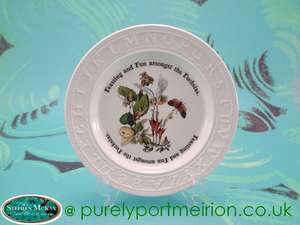