After the success of commemorative mugs for the Moon Landing and the Mayflower's 350th Anniversary using their silk-screen printing machine, Susan Williams-Ellis devised the idea of a set of twelve Zodiac mugs. These she had designed by her assistant designer John Cuffley, previously a jazz drummer who worked at Portmeirion from 1967- 1971. He had wonderful calligraphy skills and it was he that also produced the Moon Landing and Mayflower designs. John designed fantastic detailed illustrations of the twelve signs and if you look carefully, the bodies of each sign looks as if it wearing 70's crocheted garments, a style so very contemporary of the time, which I think is adorable. Each star sign was accompanied by a detailed astrological background written in mock 'Old English', which Susan gleaned from reading ancient texts and forming her own versions. The text was originally placed within a stylised parchment border, which was later dropped to enable the text to be made larger. The Zodiac design was produced on both half pint Imperial tankards and slip handled mugs from 1970 well into the late 70's. The Zodiac patterns were also produced on plates, dishes, bottles and airtight jars for a limited time. 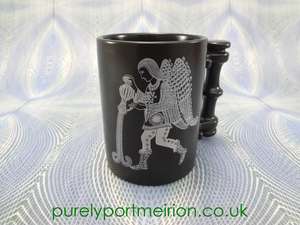 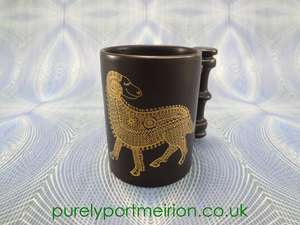 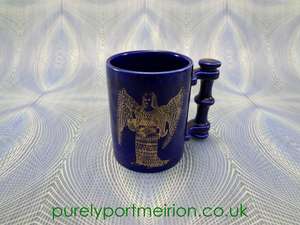 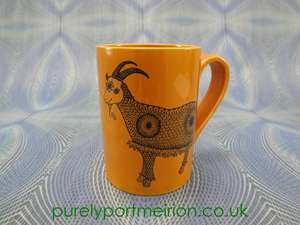 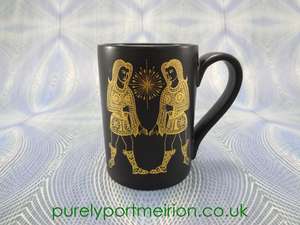 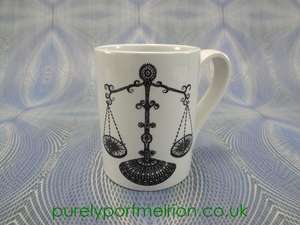 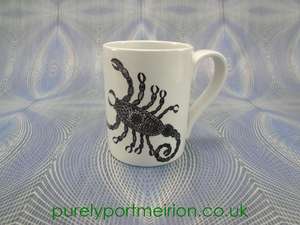 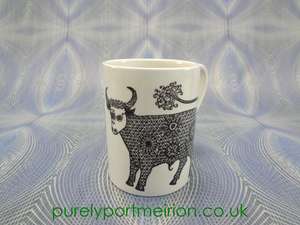