During the late eighteenth century, Thomas Bewick was one of the most recognisable and talented wood engravers. His illustrations of his beloved country life were freely available copyright free. Susan Williams-Ellis made use of some of his illustrations, turning them into her 'Country Life' and 'Sporting Scenes' designs. Although some of these had previously been used at Kirkham's before the takeover, Susan gave them a new lease of life by re-working the Sporting Scenes designs and placing them on her contemporary and revamped Victorian shaped pottery in 1963. The 'Country Life' designs were less popular and were fazed out after a decade, but 'Sporting Scenes' continued on until the early 1970's being printed in black on various colours, including turquoise, orange and acid yellow, on a wide range of shapes. 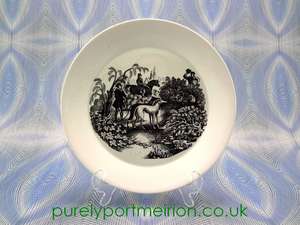 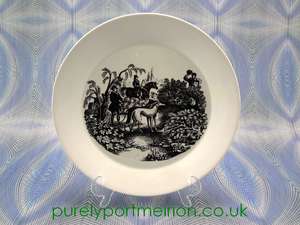 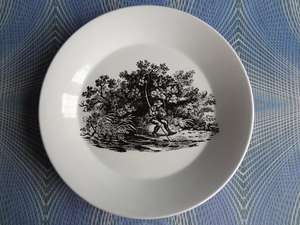 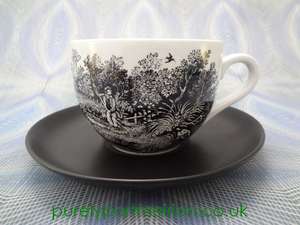