A selection of the space age Portmeirion pottery - Jupiter, an early design by Susan Williams-Ellis.

Produced from 1964 Jupiter was designed for the new serif shape of pottery. The design was named Jupiter due to its space age feel that was in keeping with the times. Production of this range continued until at least 1968. They were produced in brown and the more desireable blue with some other trial colours produced along the way.
Very collectable and beautiful design. 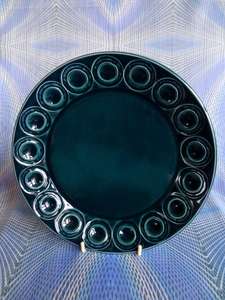 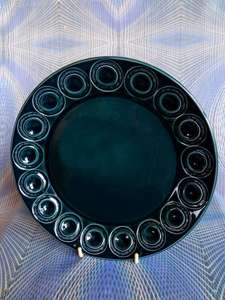 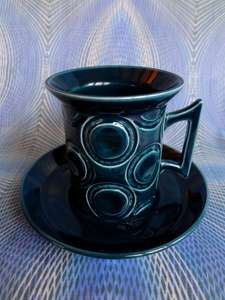 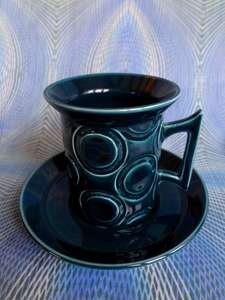 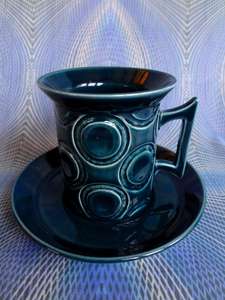 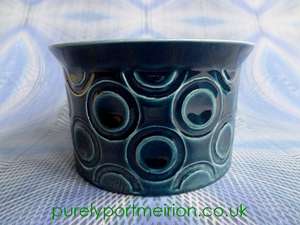