A selection of Portmeirion pottery from the rare Birds Of America design by Susan Williams-Ellis.

Produced around the same time as Birds of Britain, this mini series consisted of four different American Birds found in the United States of America. There is a Ruffed Grouse, Mallard Duck, Pintail Duck and Bobwhite Quail in the series. It was not extensively produced at all like the Birds of Britain and pieces seldom come up for sale due their rarity. 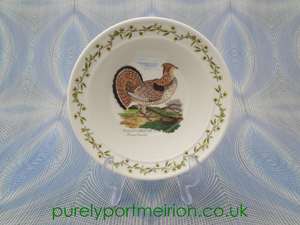