Although Portmeirion had produce Victorian jugs from Kirkham's moulds back in the 1960's, they revived some of the designs in 1984 with the British Heritage Collection. Portmeirion developed a new technique in which they produced the old Parian porcelain, in which some of the old Victorian jugs had been manufactured. This had a matt, bisque-type surface rather than a highly glazed finish which was capable of preserving the fine modelling from the original moulds. There were two collections of porcelain jugs, a collection of petite bud vases, a replica of the Portland vase, a set of figurative pieces and Neptune planters in the range. The original printed script base mark was changed in 1990 in favour of an embossed one, due to fraudulent activity amongst dealers who removed the printed stamp and tried passing off the modern items as antique! 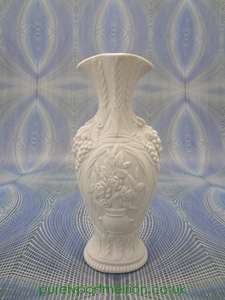 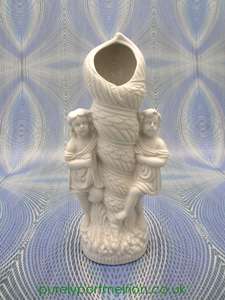 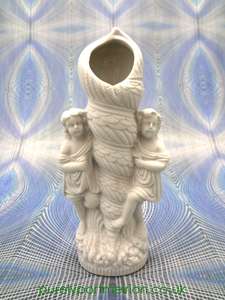 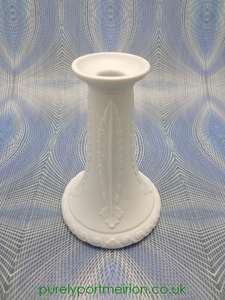 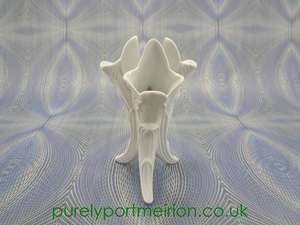 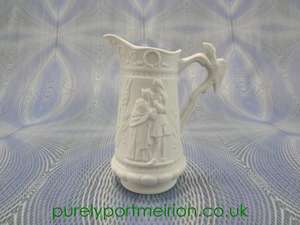 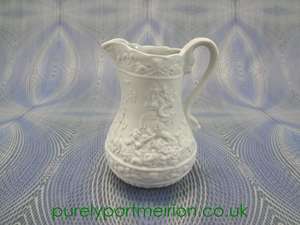 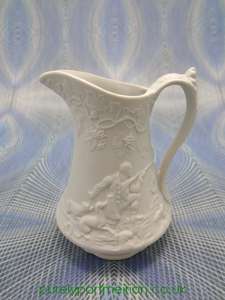 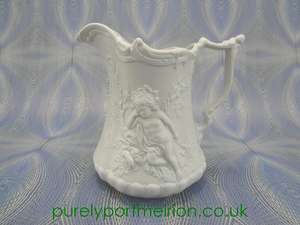 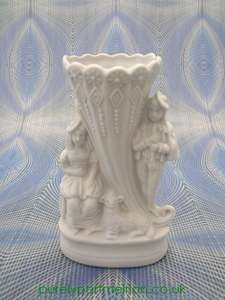 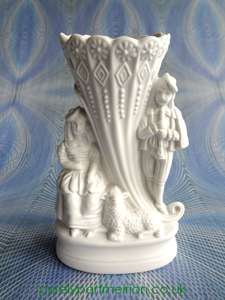 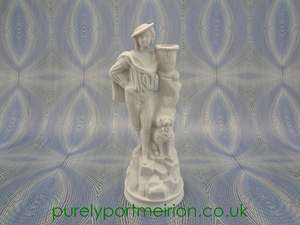 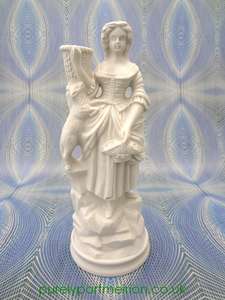 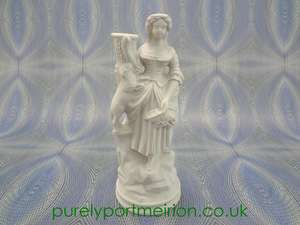 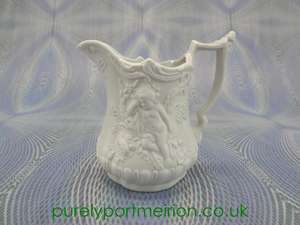 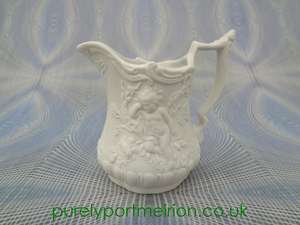 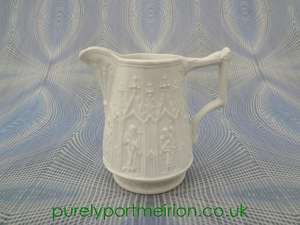 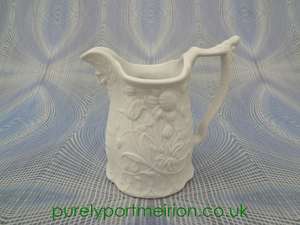 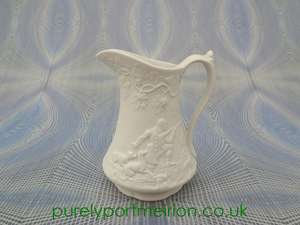