This sumptuous and exotic Malachite range was designed by Susan Williams-Ellis in 1959 after she had spent time studying the semi-precious mineral in the Natural History Museum in London. She also applied her opulent design to carpets and textiles that were produced and used in her father's hotel in Portmeirion. Those same items along with her complete range of amazing Malachite pottery, including the extraordinary tureen and goblets were officially launched in her Pont Street Portmeirion shop, London on 10th May 1960. Susan's hand painted Malachite pattern was produced as sheet transfers and applied over the whole of the items. They were then heavily gilded with gold lustre where the transfers were tricky to apply satisfactorily. This range was incredibly labour intensive, very expensive to produce and meant for cabinet displays rather than usable items and was not produced for very long, making it one of THE pieces a collector searches for! 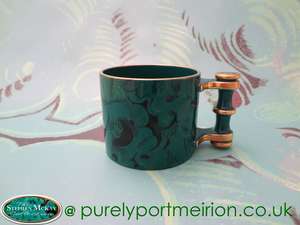 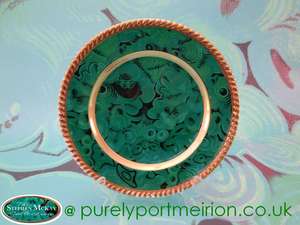 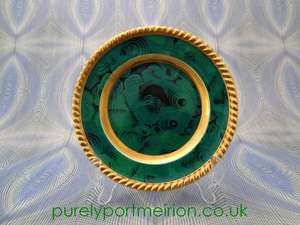 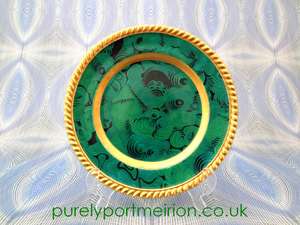 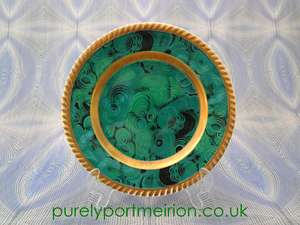 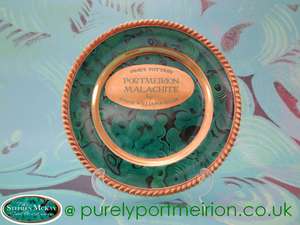 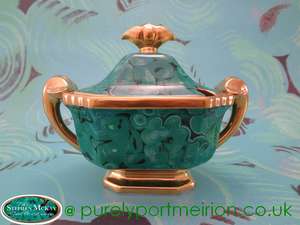