The Gold Brocade range comprised of four different flamboyant and exotic designs executed in gold, silver and bronze coloured lustre's on a gloss black shaped body, along with matt black saucers and lids. The four designs were called Coptic Brocade, Persian Brocade, Aztec Brocade and Arabian Brocade and were only produced in the form of coffee sets. Susan's original designs were produced by hand cutting coloured metallic foils, which were used to form the artwork for the designs, thereby keeping the feel of her hand cut images. Often the sets were sold with a mixture of the four designs or the cups different to the coffee pot. This range would not have been produced in vast quantities and due to the soft lustre pattern suffered with use. A mint set is highly desirable and sometimes can be found as many folks kept their precious coffee sets for best in a display cupboard. A stunning, desirable and very collectable range. 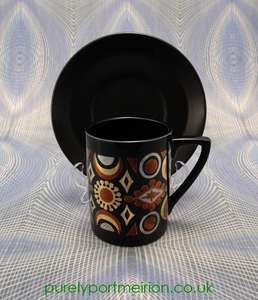 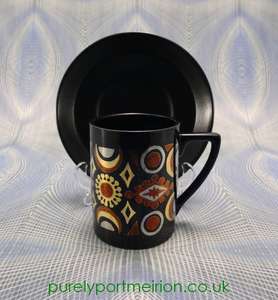 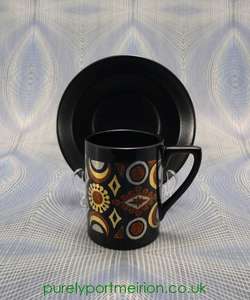 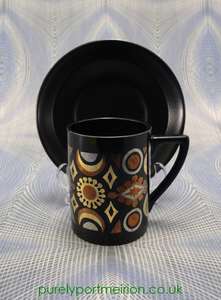 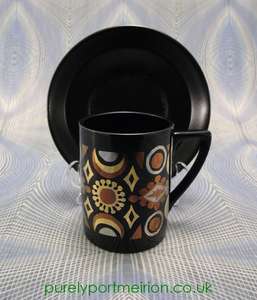 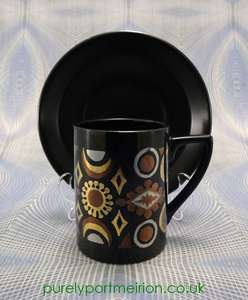 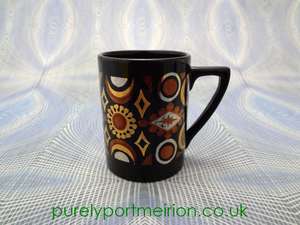 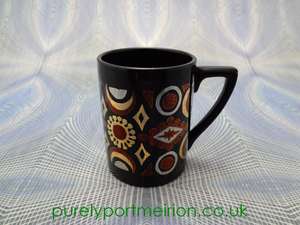 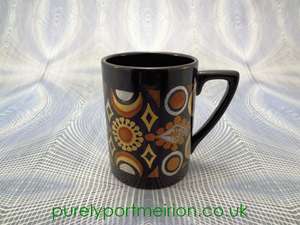 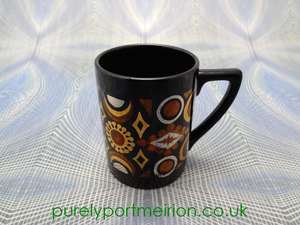 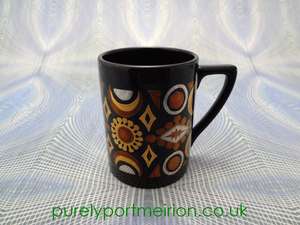 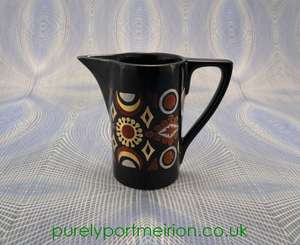 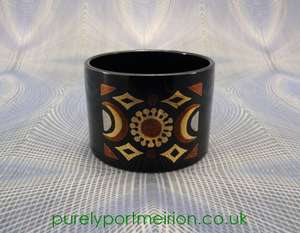 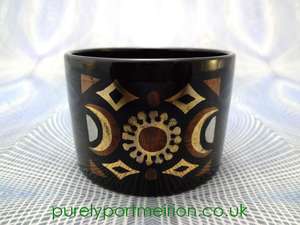 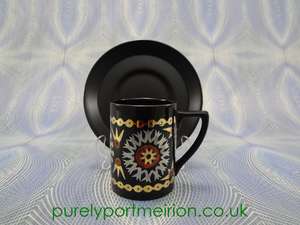 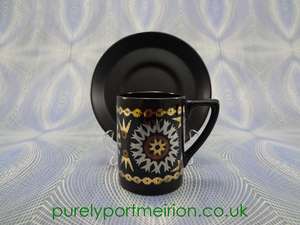 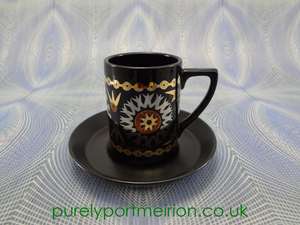 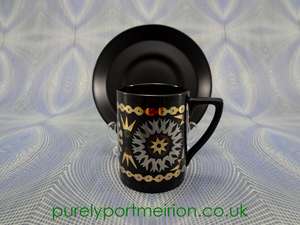 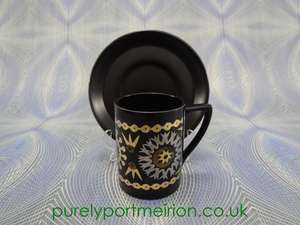 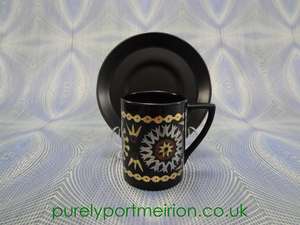 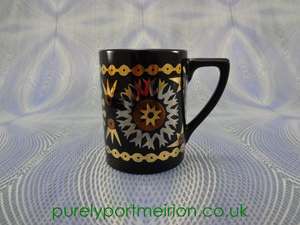 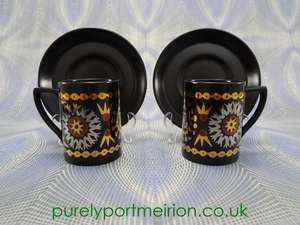 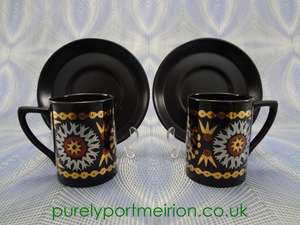 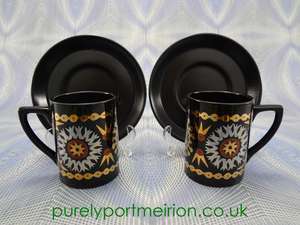 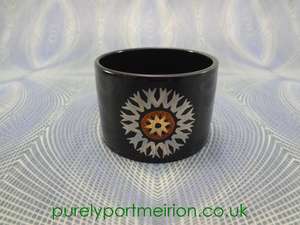 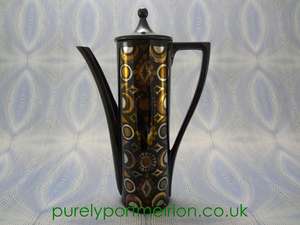